Are you looking for a powerful build that can take your Path of Exile experience to the next level? If so, then Poe’s Skeleton Mage build is the perfect choice for you! This build is one of the strongest builds in Path of Exile and can be used to great effect. In this article, we’ll discuss why skeleton mages are good, when to switch to them, the damage they do, and how many skeletal mages can you have. So if you’re looking for a powerful build that will help you dominate your enemies, then read on! 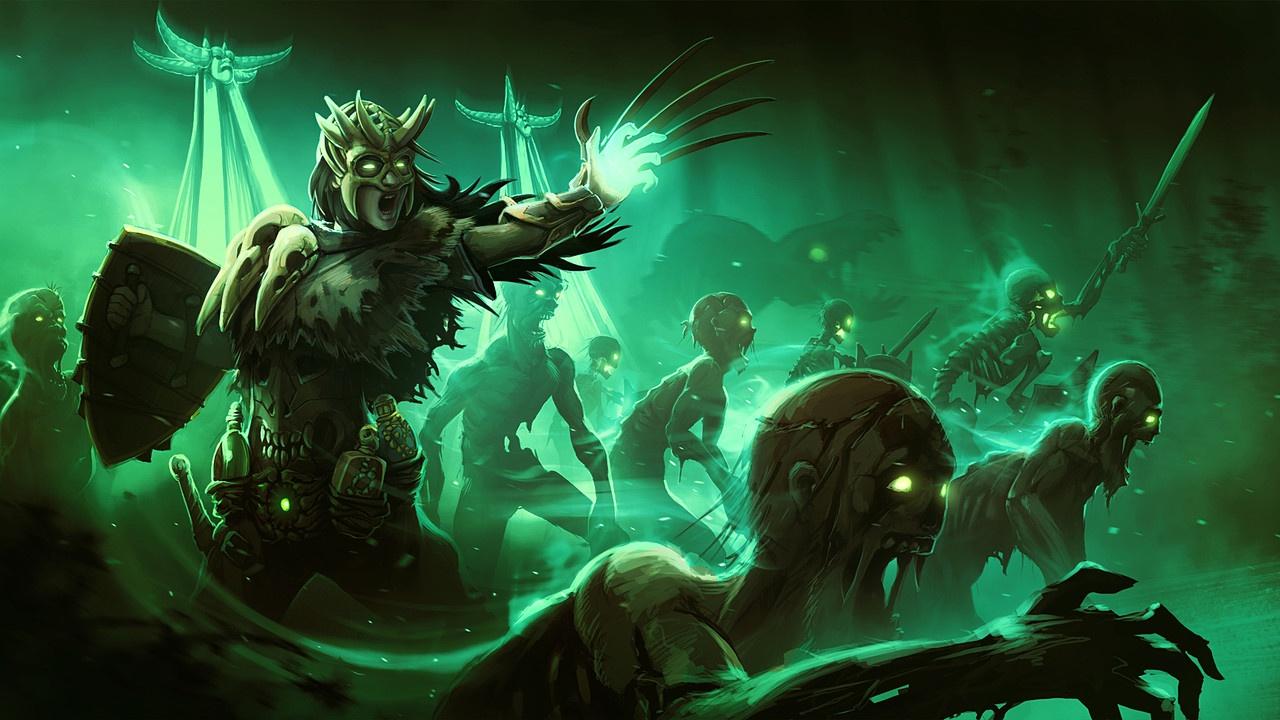 Skeleton Mages are a type of Necromancer build in Path of Exile. This build focuses on summoning hordes of skeletons to fight for the player, while also providing defensive bonuses and support skills. Skeleton Mages have become increasingly popular in recent years due to their versatility and effectiveness in combat.

The main strength of Skeleton Mages is their ability to summon large numbers of skeletons quickly, allowing them to overwhelm enemies with sheer numbers. Additionally, the Necromancer Ascendancy gives them access to powerful defensive bonuses like increased damage reduction and life regeneration. They also have access to a variety of support skills that can buff their minions or debuff enemies.

However, Skeleton Mages are not without weaknesses. They rely heavily on their minions for damage output, so if the skeletons die too quickly they can be left vulnerable. Additionally, they require a significant investment in both passive points and gear in order to reach their full potential. Finally, they are often weak against bosses due to the difficulty of keeping their minions alive during long fights. And that’s when a lot of seasoned players tend to make the switch to an absolution build instead.

But overall, Skeleton Mages are a powerful and versatile build that can be effective in many different situations and makes for an amazing league starter in Path of Exile. However, they require a significant investment in both passive points and gear in order to reach their full potential. For more information about Skeleton Mages, check out this Mage Skeleton Necromancer Build Guide. To explore further into the topic “Are Skeleton Mages Good?”, consider reading this forum thread.

When to Switch to Skeleton Mages?

The Skeleton Mage Necromancer build is a powerful and versatile build in Path of Exile. It’s capable of taking on almost any content in the game, from endgame bosses to map farming. But when should you switch to this build?

The Skeleton Mage Necromancer build is best suited for players who are looking for an all-rounder character that can tackle almost any content. This build is great for players who want to progress through the story quickly, as it can easily handle most of the bosses and enemies in Path of Exile. The Skeleton Mage Necromancer is also a great choice for those looking for a reliable farming character, as it can quickly clear maps with its high damage output and fast movement speed.

The Skeleton Mage Necromancer build has several advantages over other builds. The main benefit is that it has high damage output with minimal investment, allowing players to progress quickly without having to invest heavily into expensive gear or items. The build also has excellent mobility, allowing players to quickly traverse maps and dodge enemy attacks. Finally, the build is incredibly versatile, allowing players to customize their character according to their playstyle and preferences.

Cons of the Skeleton Mage Build

The main disadvantage of the Skeleton Mage Necromancer build is that it requires a lot of skill and knowledge to play effectively. Players must be familiar with how skeletons work and how they interact with each other in order to maximize their damage output. Additionally, the build can be quite squishy if not played correctly, as skeletons are easily killed by enemy attacks.

Poe’s Skeletal Mages are a powerful build for Necromancers in the game Path of Exile. This build focuses on summoning and commanding hordes of skeletal mages to do your bidding. With the right gear, these mages can cause massive amounts of damage to enemies and bosses alike.

The first step in building a successful Skeletal Mage Necromancer is to pick the right skills. The most popular skills for this build are Summon Skeleton, Spell Echo, Minion Damage Support, and Spell Totem Support. These skills will help you summon multiple skeletons at once, increase their damage output, and give them extra durability with totem support.

Once you have your skills set up, it’s time to focus on gear. The best way to maximize your damage output is by equipping items that have bonuses to minion damage and cast speed. These bonuses will make your skeletal mages hit harder and attack faster, resulting in more damage done overall. Additionally, you can use jewels with bonuses to minion life and resistances to make sure your minions don’t die too quickly in tough fights.

Finally, you should consider using auras to further boost the damage done by your skeletal mages. The most popular aura for this build is Wrath, which increases lightning damage dealt by minions. Other good choices include Anger (increases fire damage) and Hatred (increases cold damage). By combining these auras with the right gear and skills, you can create an incredibly powerful mage army that can take down even the toughest foes with ease.

In conclusion, Poe’s Skeletal Mages are an incredibly powerful build for Necromancers in Path of Exile. With the right combination of skills, gear, and auras, these mages can cause massive amounts of destruction on any battlefield they set foot on.

How Many Skeletal Mages Can You Have?

Skeletal Mages are a powerful summoner build in Path of Exile. They are capable of summoning an army of skeletons to fight for the player and can be extremely effective in both PvE and PvP. But how many Skeletal Mages can you have at once?

The answer depends on the type of build you are running. If you are running a pure Skeletal Mage build, then you can summon up to 10 Skeletal Mages at once. This is due to the fact that the Necromancer Ascendancy node “Commander of Darkness” grants an additional +1 Skeleton Mage per point allocated in the tree.

If you are running a hybrid build, such as a Witch/Necromancer or Scion/Necromancer, then you can summon even more Skeletal Mages than with a pure Necromancer build. This is because these hybrid builds allow for more points to be allocated in the Necromancer tree, thus granting more bonuses to your summoned minions. With these builds, it is possible to summon up to 15 or even 20 Skeletal Mages at once!

It is also important to note that there are several unique items and skills which can increase your maximum number of Skeletal Mages further. For example, the unique item “The Baron” grants an additional +3 Skeleton Mage per point allocated in the tree. Additionally, some skills such as “Summon Phantasm on Kill” and “Raise Spectre” can also increase your maximum number of Skeletal Mages by 1 each.

The Poe Skeleton Mage build is a great way to play the game for players of all levels. It allows for a great deal of damage output, as well as the ability to summon an army of skeletal mages to fight alongside you. Are Skeleton Mages good? Yes, they are very powerful and can be used in a variety of situations. When to switch to Skeletal Mages? As soon as you have the necessary gear and gem setup, it’s time to switch over. Damage done by Poe’s Skeletal Mages? With the right build, they can do massive amounts of damage and provide great crowd control. How many Skeletal Mages can you have? Depending on your gear and gem setup, you can summon up to 10 at once.

Overall, the Poe Skeleton Mage build is a great way to play Path of Exile and offers plenty of options for players looking for an interesting and engaging experience. We hope this article has been helpful in providing some insight into this particular build and how it works. If you have any thoughts or information on the topic that you would like to share, please leave them in the comments below! Thank you for following along with us and we wish you luck on your journey through Path of Exile with your Poe Skeleton Mage Build!

A Comprehensive Guide To The Poe Explosive Arrow Build

A Comprehensive Guide To The Poe Explosive Arrow Build